Home 3 Oldest University in The World, the big names

3 Oldest University in The World, the big names 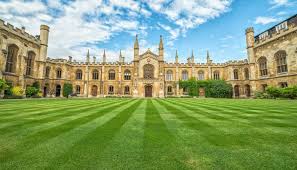 Education and learning is as old as man because once a child is born he starts learning. The world is an exciting and dangerous place and to cope and live here successfully one must understand the nature of things and learn to adapt to them accordingly. Failure to adapt or learn the way of the world and the nature will bring man against the forces of nature such as disease, natural  disasters and adverse weather conditions. Our early ancestors lost many of their own kind to these adverse  forces until they began to learn faster and then adapt faster as their understanding grew. What facilitated this speedy learning is formal education and what institutionalised formal education is the university system which is regarded as the highest seat of learning . Now the world has thousands of universities but the world didn’t begin with thousands of universities, this article is about those who began it all. This article is about the 3 oldest university in the world.

oldest university in the world

As children we started  learning through child’s play, it was fun then they took the fun out of it by making it a requirement for acceptance into the social order or as a determinant of one’s place in that order. The early agrarian societies had little need for cerebral things but that changed when the first university was born, knowledge wasn’t for seers, gurus and masters anymore, and their apprentices. The first university in existence was university of Al-Karaouine opened in the year 859. Also written as al-Qarawiyyin. This university was situated in Fez in present day Morocco. This university holds a Guinness book of record of being the oldest continuously functioning university in the world as confirmed by UNESCO. The city of the university was home to one of the greatest Muslim enlightenment of its time and the school had students ranging in age from 13 to 30 years. The students were expected to have the koran completely in memory and other texts on grammar and of course have a good command of Arabic.

what is the second oldest university in the world

The second among the 3 oldest university in the world is the university of Bologna, referred in the Italian  language as Università di Bologna and is abbreviated as UNIBO. History has it that this university was founded in the year 1088 by a guild of students. It is one of the leading institutions of learning in Europe and the world and the number one in Italy even after all these years. It has about 5 campuses and 11,000 students now. It was essentially brought to life in the organised form of a university by foreigners  who lived in Italy then, who hired teachers to give them lectures on the important matters of the day. After some time all the private tutorial centres or schools came together to form the university or stadium.

is oxford the oldest university in the world?

location of oldest university in the English speaking world

The world has advanced because of the knowledge that man has gained through the university education . This article has discussed  the 3 oldest university in the world.

SStudy Abroad
The aim of Ap ePASS platform is designed to help qualified students who cannot afford their school fees…
SStudy Abroad
PhD In Australia With Scholarship: Here is a guide on how to get a PhD in Australia…
SStudy Abroad
The Lazarski foundation received its status as a public benefit organization on 19th July 2013. The foundation is dedicated…
SStudy Abroad
The National University of Singapore is Asia’s top and a world-leading comprehensive research university, with a global approach…
SStudy Abroad
Shoreline Community College is founded in 1964 and located in Seattle, Washington a public college renowned for providing…
SStudy Abroad
About JAMVAT JAMVAT is an acronym for Jamaica Values and Attitudes. The Jamvat Jamaican Scholarship Program provides financial…