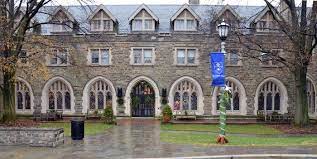 Washington State has kept its traditional western traditions alive, such as love for the environment, innovative enterprise, and purposeful independence from East Coast cultural institutions. Just like  in other states, there are great boarding institutions.

What Is Boarding Schools?

A boarding school, as opposed to a day school, is a preparatory institution that provides teaching to students who live on campus.

The phrase “boarding” refers to room and board, often known as housing and food. Boarding schools have existed for millennia and can currently be found in many countries.

Students essentially stayed at school during the whole term; some schools allow students to return home every weekend, while others welcome day students. Some are only for boys, while others are for both boys and girls.

Furthermore, boarding schools have various requirements that students must obey, such as clothing codes. Many boarding institutions have stringent dress code policies.

Students must also attend study hall and check-in with the teachers with whom they live (dorm parents) every night.

What Are the Benefits of Attending Boarding Schools?

Boarding schools help students acclimate to life in Washington by preparing them for study at top universities in the United States and providing deep school engagement that fosters academic gifts and skills, character, and critical thinking.

Attending a boarding school in Washington, as one might think, has various advantages for students and their families, including:

Boarding school kids soon learn how to manage their time and become self-sufficient.

They faithfully stick to the time assigned to them, do housekeeping, and complete their homework. This helps kids to mature swiftly and learn to deal with any work without supervision.

The boarding school curriculum is designed so that students may focus better on their studies. Unlike day school kids, you will not be distracted by TVs, video games, or other distracting items.

Boarding students are exposed to various extracurricular activities, including athletics, games, and music. This contributes to their learning. Sporting activities keep them in shape.

How Much Does Boarding Schools in Washington Cost?

The typical boarding school in Washington costs $50,875 per year, according to the Boarding School Review. However, there are additional costs such as feeding, books, and so on.

If you want to send your child to boarding school but don’t have much money to spend, always ask the school if they have financial aid programs or payment plans. Boarding schools in Washington don’t come cheap

Here are some of the best boarding schools in Washington for you to look into and learn more about.

The Northwest School is a mixed-age private school with 6 to 12 classes for middle and high school students. By providing pupils with a diversified curriculum, the Seattle school has earned a reputation for exceptional academic accomplishment.

Currently, enrollment at the school had increased to 700 students in 2015. More than 70 overseas students from 12 nations are among them. The Northwest School is the only school in Washington that provides equivalent tuition and financial support to students from other nations and states, making it the only international boarding school in the state.

The Northwest School has a rich sports program that includes both standard and unusual activities such as ultimate frisbee and curling.this is one of the top boarding schools in Washington.

As you can see, Annie Wright Schools charges reasonable tuition for a school that offers renowned international bachelorette and has a 100% matriculation rate.

In addition, the school has a very competitive sports program as well as a diverse selection of art and music.

As stated above, Annie Wright School is an episcopal one, but it welcomes pupils of all religions.

The academic calendar for Annie Wright School has 174 calendar days, and students spend 6 hours in class each day.

There are 63 full-time instructors and staff to educate the 403 students in grades PK-12. This equates to a student-to-teacher ratio of 6.36.

Master’s Ranch – West is a Christian military school and ranch for troubled boys ages 9 to 17.

Master’s Ranch – West is a structured Christian housing program in eastern Washington on the Snake River. The relational curriculum at the school is geared to the needs of students and their families who confront challenging circumstances and living conditions.

Most military boarding schools do not take boys who are disruptive at home, school, or in problems with the law, yet that is exactly what Master’s Ranch – West does (MRW).

Master’s Ranch – West students can compete in soccer, basketball, and baseball. Students who have worked hard in the program and earned the opportunity to have a solid academic reputation are eligible to participate in sports.

Spring Street School, located in the heart of Friday Harbor on the San Juan Islands, is a multicultural, independent day and boarding school that offers children a stimulating academic atmosphere in a safe, rural location.

Students at Spring Street perceive their families, communities, and themselves as part of a much bigger universe. Science, humanities, and arts champions are inspired by an advanced academic program that comprises 5 selected APs.

Spring Street education is all about developing relationships that promote hard work and mastery.

Upper Columbia Academy (UCA) is a residential school for students ages 9 to 12 located in Spangle, Washington, about 20 miles south of Spokane. This school is a component of the Seventh-day Adventist education system, the world’s second-largest Christian school system.

St. Michael’s Academy is an American day boarding school for boys and girls in kindergarten through twelfth grade, located in Spokane, Washington, and run by the Congregation of Mary Immaculate Queen, a traditionalist Catholic organization.

The school is established in such a way that parents and students must commit to Catholic education and become part of the Christian development process. The academy is a dynamic institution dedicated to the ever-challenging and eternal task of knowing, loving, and serving God.

Kennedy Catholic, one of three diocese high schools in the Roman Catholic Archdiocese of Seattle, was created in 1966. Kennedy Catholic school was once known as John F. Kennedy Memorial High School, but it changed its name to reflect its Catholic heritage at the start of the 2009/2010 school year.

The school has an annual tuition of $15,576, with currently 852 students enrolled.

Boarding Schools in Washington can provide you with an enabling environment that will help your child become a better person while learning.

So, take advantage of these boarding schools in Washington and provide your child with the greatest education possible.

USA VISA LOTTERY – HOW TO APPLY 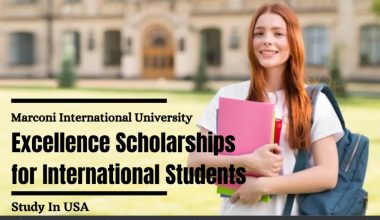 Read More
The Marconi International University Scholarships in Miami USA 2022 for students with excellent grades is currently ongoing and…
UUSA Scholarships
Show your writing skills by taking part in essay scholarship! The Randolph Law Firm is intended to…
UUSA Scholarships
Bunker Hill Community College is known as one of the best and largest community colleges in Massachusetts, enrolling more…