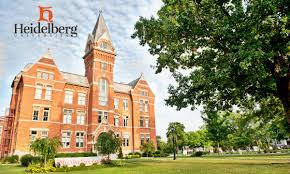 The University belongs to several well known and well respected global bodies and organisations which have interest in upholding the highest quality of higher education  and establishing  highest standards . Some of them include

The University has a very high regard for excellence and has participated in the competition for the university of excellence. It has a concept of being a comprehensive research university  and hopes to build on it funding lines to keep being on the cutting edge of research, innovation , education and excellence . The university constantly seeks to recruit top scientists and researchers , scholars and junior researchers from the country and abroad while creating an effective research environment with a good .

The university has consistently been on the forefront of research and has often seen it as it core mission . To this end it has recorded some major milestones which are summed up in the research performance indicators

The achievement so far which shows the strength of it research efforts include;

The University offers degrees in different fields and attracts a great number of students because of it excellence in teaching and research . Each year many applicants are received for enrolment.

How To Get Admitted.

To apply for an undergraduate degree there are many options

Generally, enrolment at Heidelberg university in Germany depends on your country of origin, the course you have in ind to study and the semester in which you wish to enrol.

As a German, depending on the application and admission process for your chosen course, you are expected to send in an application to the university before the deadline.

For enrolment into  degrees atet have nationwide restrictions, the admission process ifs finalised by writing . German citizens are not expected to submit any application to be admitted into degrees programs that have no nation-wide restrictions.

Applicants from non-EU countries are expected to, depending on the application procedure for their desired programs, submit an application to Heidelberg university prior to the expiration of the deadline. Students who have been admitted with foreign entrance qualification are to register, in person at the international relations office by the deadline given in the admission letter.

This is one of the most revered universities in Germany and the school is very selective . This is one school which also has very few students who successfully gain entrance. The acceptance rate is 16.3%

Heidelberg is one of the leading research universities in Europe. There is a pervasive culture of research which has distinguished the university among others. There are many outstanding discoveries that are credited to the university which has advanced the course of science and human progress.

The university has about 8,000 young researchers ( doctoral students ) 52% are females, 21% are international students .

The Heidelberg university is one of the oldest universities in the world and it is well established in research and learning.

Best German Universities With No Tuition For International Students