Home Why Study In China

Why Study In China 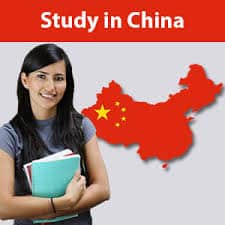 China has become the engine of global growth without doubt and it is now customary to advise students who want to study abroad to study in china. The reasons are simple, one is the fast economic expansion of china, everything else within the country has expanded-from manufacturing to education. In fact the number of higher institutions in china has doubled in the last decade and there are now over 3,000 institutions.

China is a country that can no longer be ignored and it is becoming obvious even in the area of education. The country has invested in education tremendously to meet up with the increased demand of skill from new industries and foreign subsidiaries. In 1995 China launched project 211 which was meant to bring its educational sector up to speed to make way for a massive industrialisation in a knowledge based economy. This modernisation of her colleges has paid off.

Why Study In China

China has some of the best universities in the world. Six of them appear among the to 100 universities according to QS world ranking. There are at the moment more than 500,000 international universities in China with a good part of that chunk coming from Japan, US and Thailand. And tis number is ever increasing due to the scholarship scheme launched in 2017 to give financial assistance to international students and the number of scholarships is massive.

There is a perspective to life, an experience that studying in a new country gives. But studying in china as opposed to a western country will bring even more experiences. It will enrich your life and expand your world view. There are many differences between the US educational system and that of china. Let’s consider the teaching method.

China is currently urbanising at a fast pace, with more than 20 major cities- the country has come out of hiding. These cities are preferred destinations for international students as the universities there are great and there is the chance to enjoy the active bustle of these cities. Some of the top universities in China include:

This is one of the elite universities in china. It is a top tier college located in the active City of Beijing. It’s among the C9 prestigious league with very high numbers of international students enrolment each year. It is ranked 30th in the world and renowned for it traditional Chinese architecture. This is one of the best places to study if you want to study in China.

This is located in Shanghai. And recognised as the 3 best school in china and 44th in the world. It is one of the top league university in china with around 32,000 students which makes it super selective . Some of the top degree programs here are in politics ,business, modern languages, chemistry and material sciences.

This well respected college is in Beijing and it was placed as the top 17th university in the world in a 2019 QS world ranking. It is a member of the Chinese ivy league universities and has about 46,000 students as of the last count. Out of that number up to 3,000 are international students. Their top courses are engineering, architecture and materials.

studying here you can earn two degrees. It is a partnership between Xi’an jiaotong and the university of Liverpool in Uk. The students here are from over 50 countries, all programs are taught in English and the focus is to develop individual minds and critical reasoning. The top programs are; finance, engineering, business, urban planning and science.

To study in china is not very difficult as the Chinese government even offer scholarships to international students. You will have to understand the difference between the Chinese education and that of your country and be ready to have an open mind.